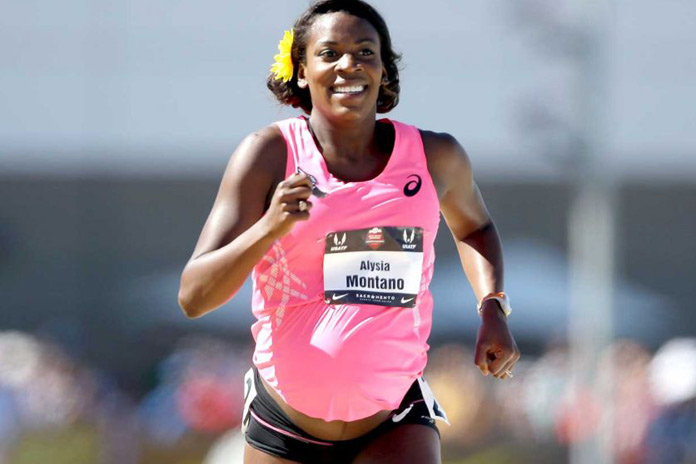 The 34-year-old Alysia Montaño is a proud runner.

Montaño was eight months pregnant when she ran the 800 meters at the USATF Outdoor Championships. She finished about 35 seconds slower than her personal best from four years prior in Monaco. Dubbed as the “pregnant runner” and the “flying flower,” she has many other titles in her trophy cabinet.

Montaño comes from from Queens, New York. She is a 2012 Olympian, seven-time USA Champion, and the American 4×800 record holder. She is also an author, activist, advocate and mother. Montaño also launched her nonprofit &Mother, which aims to support women’s pursuit for career and motherhood and help them thrive at both. 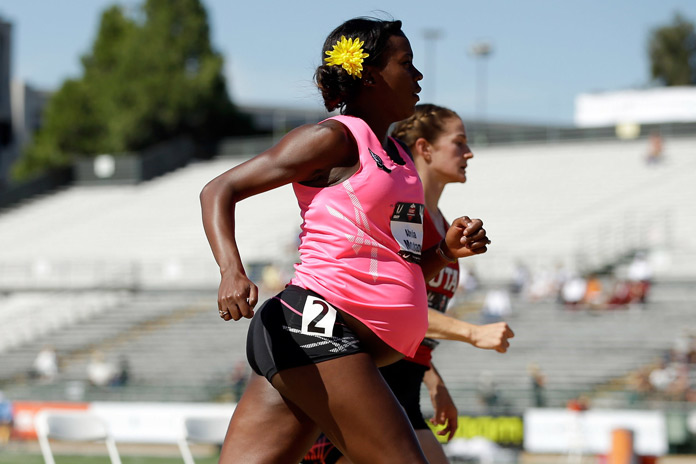 So what drove Montaño to the race tracks with a flower tucked in her hair when she was pregnant? It was her belief. Montaño believes that pregnancy is not an illness. In an interview for Runner’s World, she says it was her belief that she could run. She wanted everyone to know that if you feel OK, you can do it. She didn’t want it to appear that pregnancy could be the end of her career, because it was not.

Montaño was relieved after knowing that women felt comfortable sharing their stories and having their voices heard. This was also a result of her New York Times op-ed titled ‘Nike Told Me to Dream Crazy, Until I Wanted a Baby,’ where she called out Nike and Asics for their lack of maternity protection for athlete mothers. She wanted to shatter the notion where people look at the request for support as an excuse. Consequently, Nike came out with a statement, saying they will be amending their contracts for women to allow them time to return to their career after pregnancy. That was a big win!

For more on Montaño thoughts on running, her career, racism and motherhood.